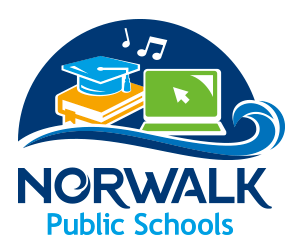 The school district budget is scheduled to be submitted to the Board of Education before the end of the year, with a workshop meeting on the 2022-23 Capital and Operating Budgets scheduled for December 7. A national search will begin over the coming weeks to fill the chief financial officer role.

“Mr. Hamilton has dedicated more than 20 years to both Norwalk Public Schools and the City of Norwalk, and his accomplishments will not be forgotten,” said Dr. Alexandra Estrella, superintendent of Norwalk Public Schools. “Those who have worked closely with him know well his strategic mindset, attention to detail, and understated but keen sense of humor. Although we will miss both his professionalism and considerable expertise, we wish him all the best with his future plans. We hope Tom gets to enjoy a lot of time on the ski slopes this winter.”

Hamilton was appointed chief financial officer for NPS in October 2015. His responsibilities include managing the financial affairs of the district, including budget preparation and execution, capital planning, accounting, financial reporting, payroll, purchasing, and accounts payable. In 2017, Hamilton was appointed by the Governor to serve as a member of the Municipal Accountability Review Board (MARB).

Prior to being appointed to the role at NPS, Hamilton served as the chief financial officer for the City of Norwalk for 12 years, where his responsibilities included managing all financial operations for the City of Norwalk. In 2019, Hamilton stepped up in a volunteer capacity to collaborate with City of Norwalk officials following the unexpected departure of the City’s chief financial officer, ensuring timely completion of the citywide budget process. His accomplishments also included guiding the city through the 2008 financial crisis, helping to maintain Norwalk’s top bond rating, and managing the implementation of three citywide property revaluations.

A retirement celebration in Hamilton’s honor will be announced in the coming weeks.